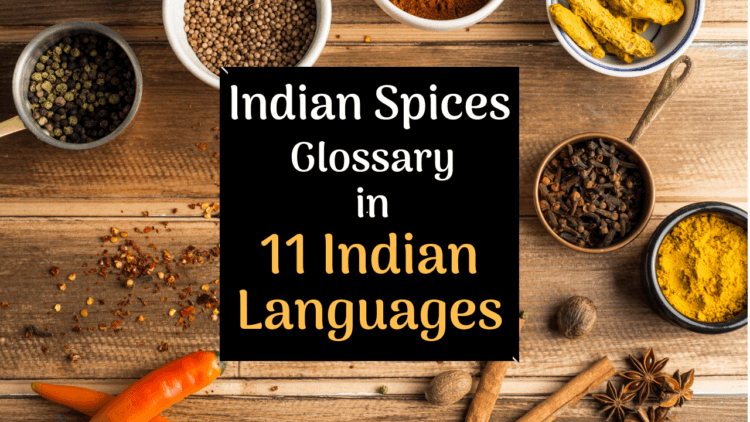 India is the world’s largest producer and exporter of spices, and also the biggest domestic market for spices.

The total amount of spice exported by India in the year 2017-18 was a massive 1.08 billion kgs, valued at US$3.11 billion. These figures illustrate the importance of spice for the Indian economy and also Indian cuisines.

Spice is the very heart of Indian cuisine and every State in India has its own favorite mix of spices that define the taste of the various dishes that make up the cuisine of a particular State.

E.g. Kerala cuisine’s distinctive taste comes from the use of pepper, curry leaves, cardamom, clove and ginger. If you move east to Bengal, spices such as mustard seeds, fenugreek, turmeric and cumin seeds come into play.

Types of Spices in India

They determine the distinctive, delicious taste of Indian cuisine and at the same time play a medicinal role as well. There is no doubt that Indian food is one of the most aromatic, and flavorful food in the world, and this is because of all the magic that Indian spices are working on the food.

There are two types of spices used in Indian food:

E.g. all forms of turmeric, fresh, dried and ground, are used in Indian cuisine. Most spices in India can be used either in their ground or whole forms and in either case, they give a whole new flavor to the dish.

The Medicinal Role of Spices

In Indian households, spices are also used to cure seasonal ailments. One of the reasons a particular spice finds its way into a dish is because of its medicinal nature. Or, a new dish can be created just to infuse it with the spice with specific medicinal properties.

One of the dishes that is popularly eaten (drunk) in this case, in winters in India, is warm milk infused with turmeric. This spice has anti-inflammation properties and therefore is a natural cure for sore throat. It also improves the immunity of your body.

Some households add a dash of curry leaves to their food or just make a plain curry leaves chutney; this spice is a great source of carbohydrates and minerals, which aid digestion, are good for eyesight and can provide relief from morning sickness.

These are just a few examples that showcase the medicinal properties of Indian spices and how they are used in Indian dishes, but pick any spice and it brings a range of medicinal benefits to the table.

Mothers, housewives and grandmothers are especially great at making good use of spices to not only make a tasty dish but also the kind of dish that includes certain spices with medicinal properties.

Yes, spices give Indian foods the delicious flavor it is known for, but they also have medicinal properties.

These spices are grown across the Indian sub-continent; primarily the Southern States of Kerala, Tamil Nadu, Andhra Pradesh, Telangana, and Karnataka make up the bulk of spice production in India.

While Indian spices are used by chefs across the world, there is no doubt that it is Indian chefs/cooks know just the right mix of spices that can take a particular dish to the next level.