Beans, dried lentils and legumes like gram flour, bajra and jowar form the chief ingredients of many of the Rajasthani dishes. Ghee is lavishly used in preparing different Rajasthani dishes which are intense in spice and flavour.

Rajasthani bread is prepared out from traditional staples of the region like corn, barley, and millet which are grounded into flour. Bread is usually roasted in frying pans and served after adding ghee on each piece.

The delicacies like Gatte ki sabzi, Rajasthani Mirchi Vada and many more enjoyed by many. You can make it to by following the best recipes. 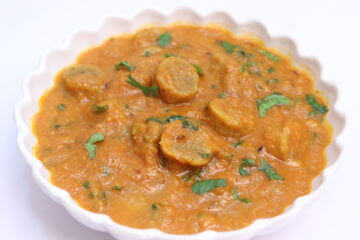